Life is full of Magic and Wonder 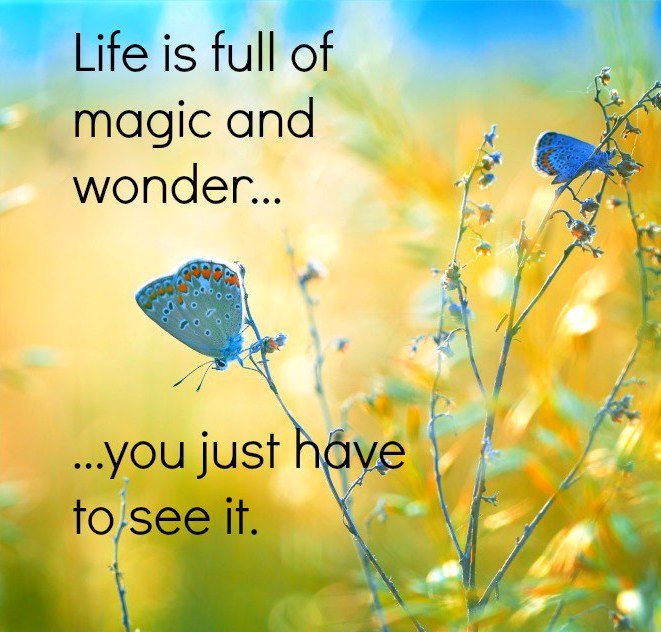 Life Can be full of Magic and Wonder

My response was: "It's up to you whether life is magical or not and according to your belief/expectation so be it."

It's not the first time I've been asked that question. Some people have asked me whether I experience constant wonder because I am highly evolved, a great soul, or one of God's chosen people?

It's because I'm more superior than the rest of you lowly mortals.

Seriously, there are two simple reasons why I always experience magic and wonder, which some refer to as synchronicities. First, I believe life is magical. Second, I've put out the intention to experience a life filled with wonder and magic whether I'm awake or asleep. I've even set up blog with the intention of filling them up with stories of magic and wonder. So it only makes sense that they are constantly brought to my attention. How they happen is
none of my concern.

On the bus this morning, when this passenger got on I noticed instead of choosing one of the many vacant seats available, he came and sat right in front of me. I'll refer to him as A. A few minutes later another passenger, B, got on and he recognised A and sat across him. After saying hello, A asked B what he was up to and B said he was off to England shortly but he was still having problems with his visa. A suggested that when B goes to the office to ask for his mother who actually works for the same company. A said his mother will help him sort out his problem. B said God must have arranged their journey. Now it made sense why that guy had chosen the seat in front of me.

I believe if you want to experience more wonder, you have to expect them to happen any time, any place and everywhere. The wonderful thing about sharing my experiences is that others start to notice and expect them too.

Life is full of magic and wonder.